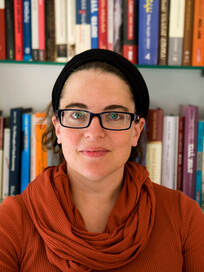 Rabbanit Avital was a fellow of the Halakhic Studies program at Midreshet Lindenbaum, a Jewish educational institution for women in Jerusalem. She is a graduate of the Advanced Kollel at Yeshivat Maharat in the Bronx, New York, the first Orthodox institution in North America to ordain Orthodox women.

In Israel, Rabbanit Avital has taught Talmud at various Jewish educational institutions. She was a ramit (a position that includes both teaching and counseling) at Midreshet Ein Hanatziv in northern Israel, and the Midrasha's Head Army Coordinator, managing communication between the IDF and the Midrasha's students.

She is an activist for the separation of church and state in Israel, as she officiates orthodox weddings outside the state rabbinate, and sits on the board of Ne’emanei Torah Va’Avodah, an Israeli religious-liberal-Zionist movement.

In Providence, Rabbanit Avital is Director of Spiritual Engagement, as part of the rabbinical staff of Congregation Beth Sholom.