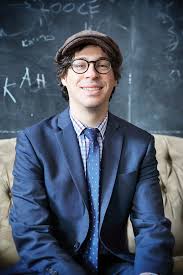 Rabbi Barry Dolinger grew up in North Bellmore, a small suburb on the south shore of Long Island. He graduated the University of Pennsylvania, where he received his B.A., majoring in political science and minoring in near eastern studies. Rabbi Dolinger studied in Yeshivat Netiv Aryeh in the Old City of Jerusalem, in order pursue religious interests and studies. Upon returning, he studied law at Fordham Law School in New York, where he received his J.D. in 2011. He also attended the Rabbi Isaac Elchanan Theological Seminary, affiliated with Yeshiva University, where he received Semicha in 2011. During his time in Semicha, Rabbi Dolinger served as Rabbinic Intern at Congregagtion Adereth El in Manhattan and as Rabbinic Intern at the Beth Din of America. He has previously taught Jewish studies at the Striar Hebrew Academy, and serves as a member of the Board of Trustees at the Jewish Alliance of Greater Rhode Island and the Jewish Community Day School of Rhode Island, and practices as an attorney in Rhode Island and Massachusetts.

In September of 2011, Rabbi Dolinger began serving as Rabbi of Congregation Beth Sholom.  He also serves as Vice President of the Board of Rabbis of Greater Rhode Island, and is a member of the Rabbinical Council of America and International Rabbinic Fellowship.  He has participated in the Institute for Jewish Spirituality's Clergy Cohort, and was selected as a Rabbi Without Borders. He frequently serves as a scholar-in-residence, and has brought energy and vibrancy to our community.  In particular, he has worked to create a new model of Kosher supervision, emphasizing community connection and social responsibility blended with Orthodox Kosher supervision. He and his wife are thrilled to be in Providence as part of a genuine, friendly, and creative community. Rabbi Dolinger enjoys sharing religious and social experiences with the community, while engaging in a meaningful and relevant quest for for religious inspiration and meaning, based on the everlasting truths and insights of our tradition.  He enjoys the vibrant and creative flavor of Judaism in Providence, and looks forward to collaborating together with the community to write the next chapter.