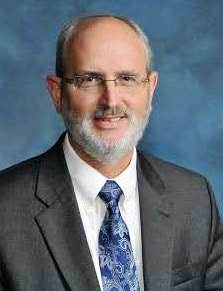 Rabbi Richard E. Perlman was appointed as the Rabbi/Spiritual Leader of Temple Ner Tamid Peabody, MA. on September 1, 2016. On March 1, 2019, he assumed Cantorial responsibilities. Prior to moving to Peabody, Rabbi Perlman held the pulpit and served as the Spiritual Leader, Hazzan, Director of Education, and Executive Director at Temple Am David, a United Synagogue Affiliate, in Warwick, Rhode Island. He served as the Rabbi at West Bay Community Jewish Center (WBCJC) in Warwick.

Rabbi Richard Perlman received his rabbinic ordination in January 2012 and is the Vice President of the Vaad HaRabbonim D’America, (the American Board of Rabbis). Rabbi Perlman received his Yoreh Yoreh S’micha (Rabbinic Ordination) and earned a T’udat Mashgiach (Kashrut Supervisor Certification) from the Vaad.

Perlman, also a Cantor (Hazzan), has been a soloist and a member of duets, quartets, and quintets including “The Cantors Perlman” in several cantorial concerts and worship services throughout the United States and Israel. He has led services at Congregation Beth Israel in Bath, Maine and at Temple Beth David in Narragansett, Rhode Island. He taught Jewish studies in the South County Hebrew School and has been a visiting lecturer at many senior social organizations. Rabbi Perlman served as a Judaism lecturer at University of Rhode Island, Rhode Island College, The New England Technical Institute, LaSalle Academy as well as many various other institutions of learning around the state of Rhode Island. Furthermore, Rabbi Perlman has been instrumental in planning and leading many highly respected and well attended interfaith services with neighboring faith communities.

Rabbi Perlman is a Past President of the North Shore Rabbis and Cantors Association, (NSRCA) and is an active leader and member of The Peabody Clergy Ministerial Association, (PCMA). He is a member of the Board of Rabbis of Greater RI and serves as the Mashgiach liaison for the Phyllis Siperstein Tamarisk Assisted Living and a faculty member of JSLI (Spiritual Leaders Institute).

Rabbi Perlman is quite active in the community serving on an Interfaith Community Dialogue Planning Committee, hosted by the Mayor of Peabody. He actively participates in community programming throughout the year. He also led Shabbat evening services monthly for the residents at Brooksby Village. Rabbi Perlman visits and teaches at nursing facilities around the North Shore.

Rabbi Richard Perlman and his wife, Kit, are the parents of Jessica, Michael, Owen, and Kristina, and proud grandparents of Brady, Bryce, Ezra, Bennett, and Eisley.
​
Contact Rabbi Perlman at