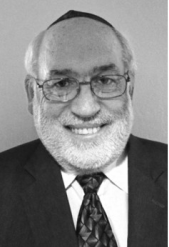 Rabbi Ethan Adler is the Religious leader of Congregation Beth David. Ethan has been the Spiritual Leader of Congregation Beth David of Narragansett for nearly 30 years, where he also has served as the Education Director of the South County Hebrew School. He previously has served as the Assistant Director of Jewish Eldercare of RI and teaches various courses at local colleges. Rabbi Adler also serves Congregation Sharah Zedek of Westerly, RI.

He was born in Israel and moved to the United States with his family when he was a young teenager. Before moving to Providence, he lived in Pittsfield, Massachusetts. After graduating from the Bureau of Jewish Education’s High School program, he earned a B.A. in Biology and minor in Psychology from the University of Rhode Island. Additionally he has received a Masters in Education at Rhode Island College with a concentration in Counseling, attended the Boston Hebrew Teachers College and recently earned a Certificate in Thanatology from Bristol Community College and a Certificate in Gerontology from Rhode Island College. He has also participated in the Clinical pastoral Program offered by the Chaplaincy Center at Rhode Island Hospital.