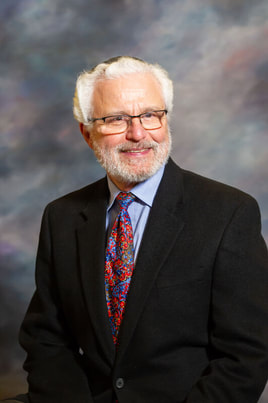 Rabbi Irvin M. Wise was born in Cincinnati, Ohio in 1948. He graduated from Cincinnati’s Woodward High School in 1966 and received his bachelor’s
degree in Psychology from Indiana University in 1970. He received his Master’s in Hebrew Letters in 1978 from the Hebrew Union College-Jewish
Institute of Religion (HUC-JIR) in Cincinnati and his rabbinic ordination there in 1979. Rabbi Wise served as Assistant Rabbi and Director of Student Affairs at HUC-JIR in Jerusalem from 1979-1981 and then as Executive Director of the Hillel Foundation at Ohio University in Athens and as the community’s rabbi from 1981-1984. He then became the Executive Director of the Hillel Foundation at the University of Minnesota in Minneapolis from 1984-1992. Rabbi Wise assumed the position of Senior Rabbi of Adath Israel Congregation, a Conservative synagogue in
Cincinnati, in 1992 retiring after 27 years and becoming Rabbi Emeritus of the congregation in September of 2019. Wherever Rabbi Wise has served he has been active in both the Jewish community and general community, serving on many boards, advisory committees, strategic planning and search committees. Rabbi Wise has taught extensively in various educational programs throughout his rabbinate teaching students of all ages with his main interest being adult studies. Rabbi Wise has been especially involved
in poverty work at the United Way of Cincinnati serving on their Impact Cabinet and co-chairing their Poverty Task Force, and was a founding member of Cincinnati’s Child Poverty Collaborative’s steering committee. Rabbi Wise is a member of the Rabbinical Assembly and the Central Conference of American Rabbis. He is married to Kathy and they have three adult children who live in Brooklyn.