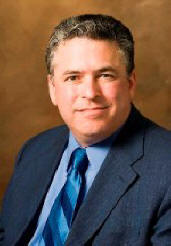 Rabbi Tom Alpert has served as the spiritual leader of Temple Etz Chaim in Franklin, Massachusetts, since 2012. He was ordained from the New York campus of the Hebrew Union College – Jewish Institute of Religion in 2000 after a previous career as a lawyer. Since his ordination, he has served congregations in Malden, Brookline, and Marlborough, Massachusetts, as well as having served as an interim rabbi in Madison, Connecticut. He has completed advanced training in congregational transition and change. His Torah commentary was selected for publication in Living Torah: Selections from Seven Years of Torat Chayim. He serves as the Amicus Brief Coordinator for the Central Conference of American Rabbis and has been the President of Northeast Reform Rabbis and Rabbinic Chair of the Outreach and Membership Committee of the Northeast Region of the Union for Reform Judaism. During his legal career, he worked in private and public practice, including as an Assistant Attorney General in the Massachusetts Office of the Attorney General. He received his BA from Yale University in 1976, AM in American History from Harvard University in 1977, JD from Harvard Law School in 1982, and MAHL from HUC-JIR in 1999. Rabbi Alpert is married to Eileen Hagerty. They have three children: David, Katherine, and Andrew. He is happiest when Jews are involved in building community, worshiping with intention, and repairing the world, and when in addition to all this the Red Sox win.