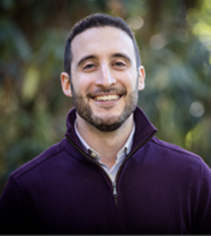 Rabbi Elan Babchuck is the Director of Innovation at Clal – the National Jewish Center for Learning and Leadership, where (among other things) he built and directs Glean, an incubator whose purpose is to train, mentor, and fund spiritual entrepreneurs. Ordained in 2012 by the Ziegler School of Rabbinic Studies, Elan earned his MBA that year, as well.