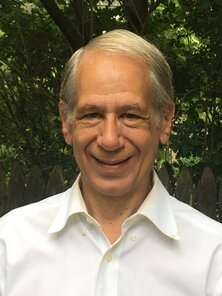 Rabbi Howard Voss-Altman is the spiritual leader of Temple Habonim in Barrington, Rhode Island. He graduated from Duke University in 1982 with a B.A. in Political Science and received his law degree from Washington University in St. Louis in 1985, where he was an Associate Editor of the Law Review. As an attorney, he specialized in labor relations and employment discrimination. Rabbi Howard was ordained from the Cincinnati Campus of HUC- JIR in 1999 and served as an Assistant Rabbi of North Shore Congregation Israel in Glencoe, Illinois from 1999 until 2002. He then became the rabbi of Temple B’nai Tikvah in Calgary, Alberta, where his rabbinate focused on building a strong spiritual community, pastoral care, and community and social justice issues. In 2015, he became the Senior Rabbi of Temple Beth-El in Providence.

Currently, Rabbi Howard serves on the Steering Committee of the Rhode Island Interfaith Coalition to Reduce Poverty, the Board of Trustees for the Jewish Community Day School of Rhode Island, the Miriam Hospital Board of Governors, and is active in local community and justice initiatives.

Rabbi Howard and his spouse, Annie, have been married since 1992. Annie is a practicing attorney, currently working as a public defender for the State of Massachusetts. They have three children, Emilie, Judah, and Adi. As a family, they enjoy theater, cinema, travel, music, and, especially, visiting Disney World.